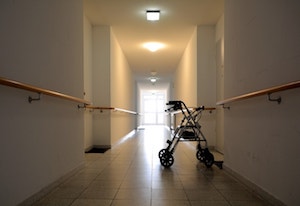 CNN recently exposed the Sick, Dying and Raped in America’s Nursing Homes. “The unthinkable is happening at facilities throughout the country: Vulnerable seniors are being raped and sexually abused by the very people paid to care for them.”

Both men and women are at risk. The perpetrators can include attendants and aides, care facility employees, family members, spouses, neighbors, other facility residents, and even guests on the property.

Unfortunately, it’s not known how many victims there are as many go unreported or can’t be reported by their victims (mental health, dementia, deaf, visually impaired, and more); however, experts believe it is more widespread than reported. CNN found that more than 1,000 nursing homes has been cited for mishandling or failing to prevent cases of rape, sexual assault and sex abuse at their facilities during 2013-2016. 100 of these facilities has been cited multiple times. In addition, the nursing homes and government officials who are supposed to oversee these issues are doing very little to prevent or stop it from happening. Many facilities lack appropriate programs, lack reporting mechanisms, lack or fail to complete thorough employee background checks, or they lack employees training and recognition of sexual or elder abuse. While some facilities are in denial or don’t want to believe that these incidents have occurred, others are more sinister and impede investigations or just don’t report it.

Data from the National Council on Aging (NCOA) reports that Approximately 1 in 10 Americans aged 60+ have experienced some form of elder abuse. Some estimates range as high as 5 million elders who are abused each year. One study estimated that only 1 in 14 cases of abuse are reported to authorities.

CNN's analysis found that the nursing homes themselves are a large part of the problem. More than 500 facilities had been cited for failing to investigate and report allegations of sexual abuse thoroughly to authorities or for not properly screening employees for potentially abusive pasts.

CNN reported that the older the victim, the less likely an offender will be convicted of sexual abuse, according to a study of the elderly sponsored by the National Institute of Justice. And victims who lived in facilities were even less likely to see their assailants face charges and guilty verdicts. In fact, victims with dementia and other diseases are often considered such unreliable witnesses that even cases in which an assailant confesses to the crime can end up being thrown out or result in little punishment for the defendant.

Elder Abuse is often referred to any knowing, intentional, or negligent act by a caregiver or any person that causes harm or serious risk to a vulnerable adult. Individual states have laws preventing elder abuse.

In regard to sexual abuse, legal advocates, government regulators, medical experts and criminal investigators say while challenging to prevent or detect, more needs to be done. This includes completing investigations of sexual assault, preserving evidence, instituting employee training, improving supervision and ensuring reporting systems are in place and used.

Stay alert around seniors and if you notice change in behavior or personality, start to question and take action.