Qui Tam Lawsuits and The Whistleblower/Relator 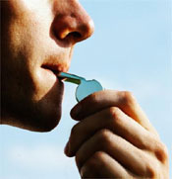 Qui Tam is derived from the Latin phrase "qui tam pro domino rege quam pro se ipso in hac parte sequitur," originally meaning "he who pursues this action on our Lord the King's behalf as well as his own."

Violations of the False Claims Act give rise to enormous monetary liability. As of August 1, 2016 the per claim penalties has increased to $10,781 to $21,563 per violation and the FCA provides that all damages are trebled which amounts to 3 times the total amount of damages sustained by the government.

The individual whistleblower who brings this action is known as a RELATOR. This Relator through his or her attorney files a lawsuit (under seal) in the name of the U.S. Government charging fraud against a person or company who knowingly presented a false or fraudulent claim to receive government funds. This Relator can share in any money recovered by the Government and typically receives between 15 to 30 percent of the recovery.

In the fiscal year 2016, the Justice Department (DOJ) recovered more than $4.7 billion in settlements and judgments. In cases filed by Relators the DOJ recovered $2.9 billion dollars. Out of those cases the Relators/Whistleblowers received $519 million in the fiscal year 2016 alone. From 2009 through the end of the Fiscal Year 2016 the Government recovered nearly $24 billion dollars in connection with Qui Tam cases and paid those Whistleblower/Relators more than $4 BILLION dollars!

Typically a Relator possesses information to which the general public does not have access. However, it is important to know that firsthand knowledge is not required to pursue a Qui Tam case. Relators are often employees, former employees, competitors, contractors or subcontractors. Ask yourself or your friends and family these questions:

Qui Tam cases can involve submitting false claims to governmental agencies such as Health and Human Services, Housing and Urban Development, Environment, Energy, Education, NASA, Agriculture and Transportation. Right now, a significant amount of fraud cases being filed are focused on the HEALTHCARE INDUSTRY such as pharmaceutical manufacturers, medical device companies, hospitals, nursing homes, laboratories and physicians and involve governmental medical health programs such as Medicare; Medicaid, and Tri-Care (military). These types of Medical Fraud include:

The FCA and the Fraud Enforcement and Recovery Act prohibits the employer from harassing or retaliating against the employee for attempting to uncover or report the fraud. If they retaliate the relator may be entitled to reinstatement, back pay, two times the amount of back pay, litigation costs, and attorney’s fees. If you have evidence of fraud against the government, you should find an experienced attorney who understands the complicated components and requirements of filing a Qui Tam Action.