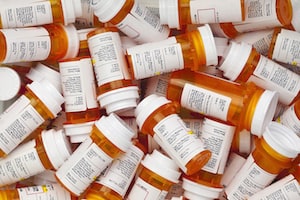 According to an article in the Wall Street Journal, three-quarters of new drugs get an expedited regulatory review, thrusting families and doctors into a new world of trade-offs. Drugs are coming to the market with much less evidence of effectiveness and increased safety concerns and patient costs.

Recently, John Oliver of Last Week Tonight, discussed the medical device approval process and said that these devices can help people, but the risks are often enormous. A November 2018 report from the Internal Consortium of Investigative Journalists discovered “more than 80,000 deaths and 1.7 million injuries possibly linked to medical devices in the past decade.” Equally shocking, many of these products are not even tested in a clinical trial before being implanted in patients.

These industries are huge. Medical devices constitute about $156 billion industry with approximately 32 million Americans who have a medical device implanted in them today. Drugs constitute $935 billion industry with nearly 1 in 4 Americans taking a prescription drug and many of these individuals are taking multiple medications. These industries spend billions advertising to consumers.

In the United States, the Food & Drug Administration is responsible for approving new drug and medical devices. In addition, the FDA oversees more than 6,000 different medical device product categories and over 19,000 prescription drug products approved for marketing.

The approval process for new drugs and medical devices can take 7-12 years of testing and cost millions of dollars to get the new drug or device on the market. Unfortunately, consumer demand for new treatments and industry criticism that the FDA process is too lengthy and costly, are leading to calls to loosen FDA regulation and more fast tracking approvals on medications and devices before they are properly vetted and tested. These processes can include:

But these early approvals are coming at a cost – patient harm and even death after some approved drugs and medical devices have reached the marketplace. Consumer are experiencing serious side effects and adverse drug events (ex. approximately 53 percent get their prescription drugs from more than one healthcare provider), some are vulnerable to medication overload, some are hospitalized, some require surgery or replacement surgery, and other experience premature deaths.

In 2011, the Institute of Medicine of the National Academies concluded that that the 501(k) clearance process should be replaced by a “new regulatory framework … based on sound science” and a 2012 New England Journal of Medicine study estimated that less than half of one percent of medical device failures are even reported to the FDA.

Until the loopholes and the regulatory process is revised consumers and patients will need to be their own advocates by researching products themselves and asking thorough questions.