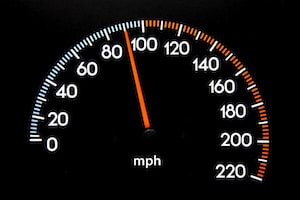 This should come as no surprise --- a new study still finds Florida has some of the worst drivers in the country. In 2016 and in 2017, Florida was the worst state. Now SmartAsset's 2019 study has Florida tied with Texas and Nevada for the 4th worst state when it comes to poor drivers. We were beat out by Mississippi, Alabama and California.

SmartAsset survey considered four metrics in determining their ranking. They looked at the percentage of drivers who are insured, the number of driving under the influence (DUI) arrests per 1,000 drivers, the number of fatalities per 100,000 vehicle miles driven and how often residents google terms like “traffic ticket” or “speeding ticket.”

While this ranking may initially look like an improvement, in 2018, Florida ranked 8th in the nation, so the state is moving in the wrong direction. The study finds that just 73.30% of drivers in the Sunshine State have insurance, which is the lowest in the nation. The study also found that there are around two DUI incidents per every 1,000 drivers. And apparently, Florida has the 11th highest rate of Google searches for traffic-related tickets. Lastly, the Sunshine State also has one of the highest fatality rates per 100 million vehicle miles traveled.

There is always next year. Until then buckle-up, slow down, be attentive, stay calm, put your phones down, and do not drink and drive. Also, purchase uninsured or underinsured motorist coverage to protect yourself from the multitude of Florida uninsured drivers. Finally, be a safe driver… don’t become a statistic.