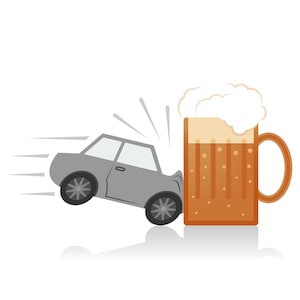 The holidays are quickly approaching. The holidays can bring a lot of stress or a lot of joy and celebrations. One thing synonymous with the holidays is often drinking. The time between Thanksgiving and the New Year is often the most dangerous time for alcohol-related accidents or deaths.

According to Scrams Systems, the percentage of Highway Deaths Related to Alcohol during the holidays as a result of drunk drivers is 40%. Thanksgiving deaths are 35%, Christmas deaths are 41% and New Year’s deaths are 58%. Their findings between Thanksgiving and New Year’s shows that 2-3 times more people die in alcohol related crashes; there will be 25,000 people injured in traffic accidents caused by alcohol, and that 1,200 people will be killed in crashes.

The National Highway Traffic Safety Administration data shows that nationally in 2016, 37,461 people were killed in motor vehicle traffic crashes, and 28 percent (10,497) died in crashes where a driver had a blood alcohol concentration (BAC) over the limit of .08. From 2012-2016, 14,472 people lost their lives in motor vehicle traffic crashes during the month of December, and twenty-eight percent (3,995) died in a crash that involved a driver with a BAC of .08 or higher.

Many people do not know their limits or how much alcohol is in a drink. 1 drink = 5 ounces of wine; 12 ounces of beer; 1½ ounces of 80-proof liquor; 1 ounce of 100-proof liquor. Even after you stop drinking, alcohol in the stomach and intestine continues to enter the bloodstream, impairing judgment and coordination for hours.