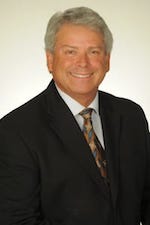 M. Scott Kleiman is an experienced and dedicated trial and transactional attorney who has practiced law in Dade, Broward and throughout Florida for 30 years. He represents clients in the areas of real estate and corporate transactional matters, after devoting many years of his practice to commercial litigation. He continues to litigate select matters for his clients, primarily in commercial and real estate based actions, including lender-borrower matters, foreclosures, landlord-tenant disputes, partnership and shareholder disputes, and consumer and collection matters.

Additionally, Mr. Kleiman provides his clients with counseling in negotiating and documenting of residential and commercial real estate transactions. Among his significant accomplishments was the representation of the seller in an $80,000,000.00 beachfront hotel transaction.

Mr. Kleiman is AV-rated by Martindale-Hubbell. According to Martindale-Hubbell the rating indicates an attorney has reached “the height of professional excellence” and “is recognized for the highest levels of skill and integrity.” He strives for successful dispute resolution through creative counseling and negotiation to achieve a settlement tailored to his client’s goals and needs-prior to trial or by trial before a judge, jury, or arbitration board. Mr. Kleiman is also the recipient of the David Posnack Jewish Community Center's 2018 Evelyn and Otto Stieber Leadership Award.

Mr. Kleiman also has a strong record of community involvement. He has served as the Special Magistrate for Cooper City since 2011. He served three terms as a City Commissioner in Cooper City, and served nearly ten years as a member of the City’s Planning and Zoning Board, five before becoming a City Commissioner and the last five after hitting his City Commission term limit. Scott and the firm currently represent the legal interests of the Davie-Cooper City Chamber of Commerce.

Mr. Kleiman is on the Executive Board of the David Posnack Jewish Community Center, having served as the Vice-Chair for Sports and Wellness for the JCC from 2016-2018, and becoming the Vice-Chair of the JCC's Building Committee in 2018 and serving on the 5K Super Hero Classic in 2018. In addition, he serves on the Executive Committee for the Nova Southeastern University Ambassador’s Board, as well as serving on the Nova Southeastern University Athletics Advisory Council Executive Committee. Mr. Kleiman is active in the Davie/Cooper City Chamber of Commerce, where he has served as the chair of both the Education and the Governmental Affairs committees. His past service includes serving as the logistics chair for the Davie-Cooper City Relay for Life;. Active with children, he also founded the Broward Blaze Travel Sport Club, Inc., where he served as the head coach of the national champion Broward Blaze travel baseball team for twelve seasons. He was the communications director for Nova High School Titan Baseball and is active in the Nova Titan Booster Club.

Mr. Kleiman is a fitness enthusiast, and enjoys traveling for adventure and hiking. He is an avid photographer, with many of his photographs on display in the KALIS, KLEIMAN & WOLFE office. He is a South Florida sports enthusiast, with a love for baseball. He and his first and only wife, Shari have three children, all of whom are out of the house, and enjoying being empty-nesters.

Jurisdictions Admitted to Practice Florida , May 1987
U.S. District Court for the Southern District of Florida, 1988