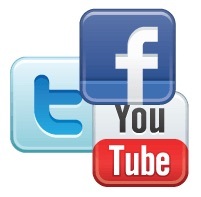 People, often our family members and loved ones, entering nursing homes expect that there are reasonable safeguards in place to ensure their safety and quality of care. This was not the case in an assisted living facility in California, where nursing home abuse has reach a whole new, unacceptable level. A nursing home employee was recently accused of posting a picture of a partially nude 90-year-old woman on Snapchat.

Unfortunately, this is just one of a dozen cases being investigated across the county. Other incidents include photos and videos of residents who were naked, covered in feces or even deceased. They also include images of abuse. ProPublica, an independent, non-profit newsroom that produces investigative journalism in the public interest, has identified 47 instances since 2012, in which workers at nursing homes and assisted-living centers shared photos or videos of residents on social media networks.

Both regulators and law enforcement officials nationwide are struggling to respond when employees at long-term care facilities violate the privacy of residents by posting photos on social media websites. What many nursing home residents, their families and consumers do not realize is that in many of these instances, the act does not meet the definition of sexual exploitation, nor are they breaking the law. The laws need to be updated to address the changing technology.

This has lead Federal health regulators to announce plans to crack down on nursing home employees who take demeaning photographs and videos of residents and post them on social media. The Centers for Medicare and Medicaid Services (CMS), which regulates nursing homes and is under the Department of Health and Human Services, sent a memo to state health departments across the country outlining plans for how to deal with the abuse of patients on Facebook, Instagram and Snapchat.

The CMS memo recommends that nursing homes institute policies that prohibit staff from taking humiliating photos of residents. It sets uniform standards and calls on state officials to quickly investigate such complaints and report offending workers to state licensing agencies for investigation and possible discipline.

The federal agency is also taking social media companies, like Snapchat and Facebook, to task to improve or enhance their privacy and processes for reporting suspected abuse. Some companies do not allow third-party reporting to file complaints. The agency responded – how do you expect a person to file a complaint when they don’t have a social media account or when someone has dementia and is unable to respond to a safety concern.

According to NPR, some state and local prosecutors have been more aggressive in pursuing such cases under laws that prohibit elder abuse, sexual exploitation and indecency.

The Office for Civil Rights within the U.S. Department of Health and Human Services could take action in such cases as part of enforcing the federal patient privacy law known as HIPAA. Officials say but that agency has not penalized any long-term care facility for photos posted online and has yet to release any social media guidance for nursing homes. An official tells ProPublica that guidelines are in the works.

Until new laws and regulations are established and enforced, nursing homes themselves will have to police themselves. A nursing home industry trade group has provided its own suggestions encouraging training and swift responses by facilities where the allegations arise.