Home
Articles
Renters Be Aware – Are you Under Surveillance?

Renters Be Aware – Are you Under Surveillance? 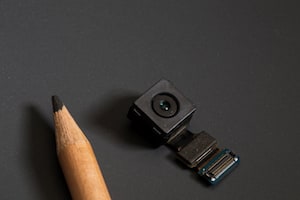 Technology is evolving at a rapid pace. Surveillance devices are becoming smaller, cheaper and easy to install. Most of us already know big brother is watching us at banks, airports, Sun-Pass lanes, and other public businesses and storefronts. While most are for crime-prevention purposes, others are not so well intentioned.

You may have heard recently that a couple renting an Airbnb condominium found a hidden camera in their bedroom smoke detector and another one was discovered in the living room. The house owner, or host, was later charged with video voyeurism in Manatee County.

Airbnb describes surveillance devices as any mechanism that can be used to capture or transmit audio, video, or still images. This includes, but is not limited to things like Wi-Fi cameras (e.g. Nest Cam or Dropcam), nanny cameras, web cameras in computer monitors, baby monitors, mounted or installed surveillance systems, and smart phones with video and/or audio recording capabilities.

Are you being watched? How do you spot a hidden, wireless camera? Often a small black circle on a device could indicate a hidden camera is inside. Cameras come in all shapes and sizes. Today, cameras can be found in almost anything from photo frames, surge protectors, smoke detectors, alarm clocks, curtain rods, mirrors, air vents, and even stuffed animals.

It is recommended that you do a sweep of your rooms before moving in. Perform visual inspections of any vents, gaps in the walls or ceilings. Look for things that are out of place like extra fiber optic wires that don’t plug in or belong. One of the easiest ways to spot a camera is to look for the lens reflection. To do so turn off the lights and slowly scan the room with a flashlight or laser pointer. Spy stores and online stores sell a full-range of device detectors that give off a signal if a transmitting wireless device is nearby and has a blinking red-light indicator if a camera lens is pointed in the user’s direction. There are even apps for your smartphone.

So how do you protect your privacy? Always ask your rental owner, homeowner or hotel if there are cameras or carefully check the rental listing for mention of cameras. If cameras are on the property you should asked the host or homeowner how many cameras there are, the location of the cameras, whether the cameras are or will be recording, and what happens to those recordings after your stay.

Laws regarding surveillance vary from state to state or even city to city, and there are no controlling federal laws. In general, local and state laws usually permit landlords, homeowners and property owners to install visible cameras in “public spaces” like driveways, front door, hallways, stairwells, lobbies, but not in private spaces like bedrooms and bathrooms or anywhere else that anyone would reasonably expect privacy.

If you find an indoor surveillance camera that was not disclosed to you, you should vacate the property and call the police and tell them you have evidence that your host, landlord, or hotel is spying on you, without your knowledge or permission, inside your rental property or room. Then you should report it to the rental service group (for example, Airbnb). The renter could seek to sue for invasion of privacy and, in some cases, file criminal charges.