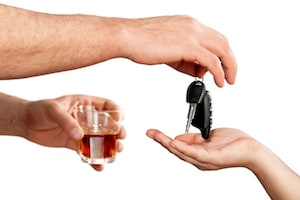 Utah is again leading the United States by lowering its DUI limit. Utah was the first state to lower the DUI limit from 0.10 to 0.08 in 1983 and now they have lowered the states blood alcohol limit to 0.05 percent. The state has even implemented limits on the type and strength of alcohol depending on where it is purchased.

The National Transportation Safety Board has been calling on all states to reduce the legal BAC for driver to 0.05 since 2013. NTSB research shows that the risk of a fatal crash more than doubles when an individual reaches the 0.08 drunk-driving limit. The NTSB also has data to show that a 0.05% BAC Law could save lives on U.S. roadways. It would deter and help prevent drunk drivers from getting behind the wheel to begin with and it would be effective in changing drinking behaviors at all BAC levels.

According to the National Highway Traffic Safety Administration 10,847 people died in alcohol-impaired driving accidents in 2017. This number has remained consistent despite increased seatbelt use and improvements in vehicle technology.

What does a 0.05 limit mean in terms of impairment and crash risk? And how many drinks can one safely consume before going over the legal limit? According to the CDC and NHTSA/USDOT, a 0.05 limit means about 3 alcoholic drinks for an average 160-pound male in one hour. Even at that level a male would have reduced coordination, reduced ability to track moving objects, difficulty steering and reduced response to emergency driving situations. For females under 130 pounds you can exceed a 0.05 with only 2 drinks. Click here to see MADD’s data table on female and male drinking and impairment.

How to Avoid a DUI

It is never okay to drink and drive. If you do drink you must have a plan such as: